Have You Heard of Perimenopause?

I’m sure you’ve heard of “menopause,” but were you aware that this time in a woman’s life actually doesn’t occur all at once? In fact, as early as your late thirties, you may begin to experience some changes related to the coming menopausal period. This is a phase often referred to as “perimenopause,” meaning around menopause, and can last for as little as six months, or for longer than ten years, with an average length of four years.

Why Do Women Have Perimenopause?

In a woman’s late thirties, fertility begins to decrease. By the early forties, a woman may begin to notice menstrual irregularities, such as periods of increasing or decreasing frequency, changing duration or variations in typical flow. Decreased ovarian function is the trigger than sets the chain in motion. Ovulation will begin to wane, with some monthly cycles proving to be anovulatory, meaning she won’t release an egg every month anymore. When this begins, hormonal changes will cause the uterus to stop preparing for pregnancy on a regular basis. This is the beginning of perimenopause.

Can a Woman Still Conceive During Perimenopause?

It will become less likely for pregnancy to occur as ovulation becomes sporadic, particularly after the age of 40, but if a woman is still having a period, there may be a chance of conception taking place. Therefore, any woman who does not want to get pregnant should still use contraception until otherwise told by her OB/GYN. Women in Surprise, Arizona can trust Premier Care physicians for guidance during this time of adjustment.

How Will a Woman Know When Menopause Actually Arrives?

As perimenopause advances throughout a woman’s forties, periods become infrequent, coming every few months, or just stopping altogether. For most women, the confirmation of menopause happens around the age of fifty-one, which is the average age in the United States. Menopause is confirmed by a doctor once a woman has not had any menstrual period for twelve consecutive months. This includes light periods of spotting when a period would have been due. Some doctors will recommend a series of blood tests checking a woman’s level of FSH, or follicle-stimulating hormone, a value that can vary during perimenopause, yet if consecutive FSH tests show a value greater than 30 mIU/ML or higher, AND she has not had a period for one year, the consensus is that she has reached menopause. At this point, if symptoms are interfering with her enjoyment of life, she and her OB/GYN can review any appropriate treatments to make her more comfortable.

Menopause doesn’t have to be a negative event in a woman’s life. It’s a natural series of events within her body and by better understanding what she’s feeling, the perimenopausal period prior to the confirmation of menopause can be a process to freedom. No more monthly misery, no more worries or hassles about contraception. Loving the female body at all stages is an important part of acceptance and growth as a mature and wise woman.

If you need a women’s health check up in the Surprise, AZ area call us today. 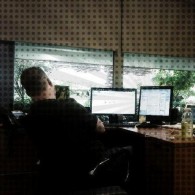 Instructions for online payment. Please read each item below before paying.

By using this payment portal, you are attesting that you are following the financial guidelines that were signed by you in the office.

2. Please make sure you are paying a current balance and not a prior statement balance. If you are unsure please call the office at 623-584-0800 to confirm.
Thank you for keeping your account payments current.

Instructions to complete your patient portal.